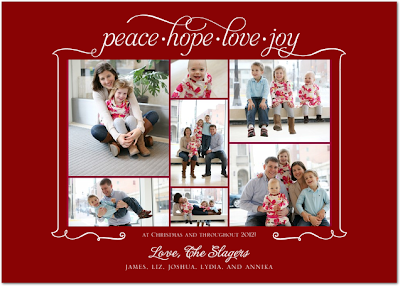 (Click the picture if you want to view a larger version of the "card")
Anyone out there still "reading"--I'm pretty sure given my lack of content over the last year it's not the most happening place...but in case you're out there, from us to you--Merry Christmas!!!
May you experience joy, love, and family while remembering why we celebrate!
Posted by Liz at 6:04 PM 7 comments:

2 years, 5 months, and 9 days after closing on the house we currently live in, our first home is SOLD!
So thankful!
Happy Thanksgiving-month everyone!
Posted by Liz at 4:13 PM 5 comments: 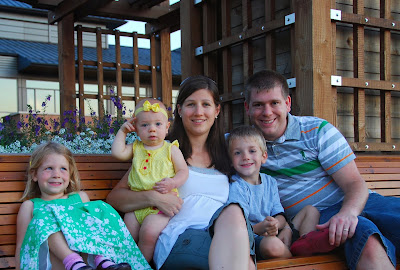 We had a chance to take some family pictures last week, always so much fun! 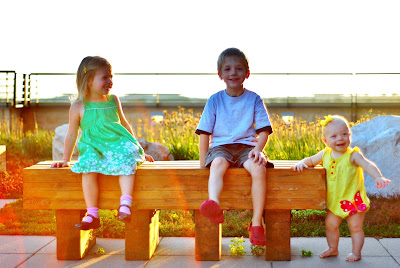 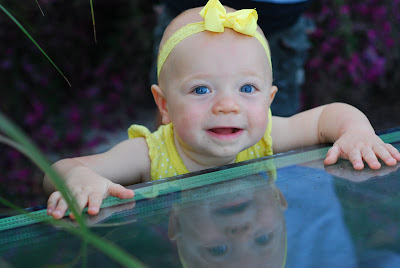 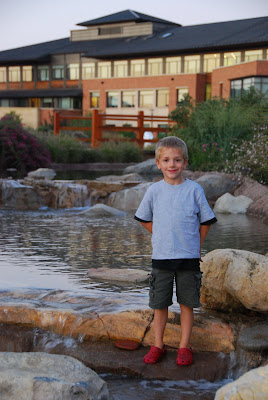 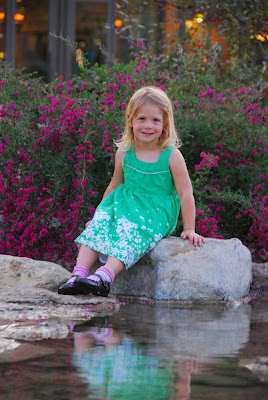 At the end of August I found my middle baby doing this: 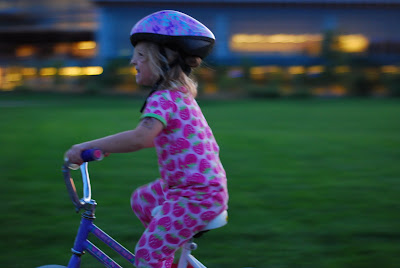 My little baby doing this: 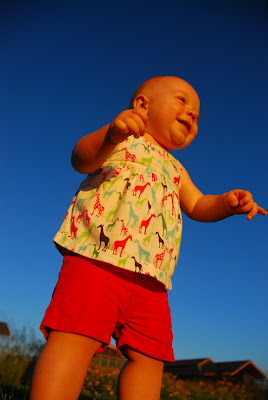 And my biggest baby doing this: 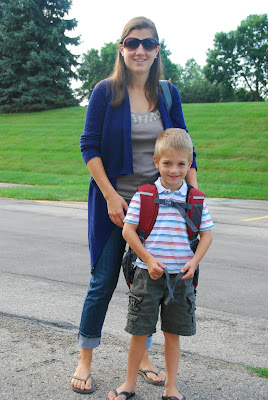 Where does the time go? Maybe if we can find some routine around here I'll get a chance to start posting again...maybe.
Posted by Liz at 3:30 PM 2 comments:

My friend Jen (who really needs a blog, but to my knowledge doesn't have one) sent me a link to a website she found today. Specifically, she linked me to a page on the site in which the author took my no-spend grocery challenge to a new level. The author lived (successfully) for 100 days spending only $1/day. Wow! From what I can tell, his "family" unit consists only of himself, so if you multiply his $30/month x 5 we're still in that range, but $1/day certainly sounds more impressive!
Anyway, while browsing the website, there was a link to a page on "lazy couponing" as I read along I realized that the article basically outlines my grocery-saving strategies and my philosophy on couponing. I wouldn't have put any of it as bluntly as the author does, but the bones of it are nearly identical.
He states one of his basic philosophies on couponing/saving like this:
Second, you need to be willing to shop in a way that is in your best interest. While this sounds like something that everyone would instantly say “yes, of course I want to do that,” the reality is that very few people do. Doing so will likely require a significant change to how you currently shop. If you are reading this, the chances are overwhelming that you are currently shopping the way grocery stores and manufacturers hope you will shop, not in your own best interest.
He then outlines a very effective strategy for changing how you think of grocery shopping which at least in our family's case has drastically reduced our grocery bill (as promised):

The way that the grocery stores and manufacturers don’t want you to shop is to only purchase the very best deals available each week and nothing else. The way to accomplish this is to plan your meals from what you already have in your refrigerator, freezer and cupboards (your stockpile of food). When you begin to plan all your meals on what you already have on hand, then there is no longer any need to purchase anything at full price. In fact, the only time you need to purchase any item is when it is at the very best price you can get it.

This simple change in the way that you shop will instantly save you 50% or more. In fact, this change is far more powerful than couponing, although the addition of couponing will further reduce the amount you spend on food. If, however, this is a change that you are not willing to make, you are probably better off not even bothering to read any further. While coupons can still save you money without this change, the savings will be minimal and you will quickly grow tired of using them due to the seeming small amount that they help you save (Don’t believe me? Then why aren’t you couponing right now?) Once you make this fundamental grocery shopping change, you take the control away from the store on how much you spend each week and give that power to yourself.

You can go to his blog directly here or to his grocery challenge here. I'd still like to try my hand at outlining what we do and don't do to reduce our grocery bill, but as I can't seem to find the uninterrupted time to write it, hopefully this will point you in the same direction and provide inspiration and ideas that you can incorporate into your own saving strategies. Enjoy!

Someone thinks Daddy is hilarious! I love the sound of a baby laughing, I'm not sure there's a sweeter sound in the world, Annika's just in such a fun stage right now...
Stay tuned this week for the no-spend March recap and (hopefully) the grocery post. For now, I'm going to tuck in my big two who had a special stay-up-late night with Mom and Dad once Anni was in bed. :)
Posted by Liz at 9:26 PM 3 comments:

March's first week is in the books, and our "No-spend" experiment went pretty well. So far, so good. I've gotten a lot of questions about our grocery spending, so I'm trying to put together a post, but I didn't get it finished yet--naps for the bigger two have been sparse recently and it's hard to write with three kids buzzing about, hopefully I'll have a chance in the next couple of days.
The highlights:
-I got more done at home since my shopping time was greatly reduced. For the first week since Annika's been home, I really felt like I didn't have a pressing list of chores that were woefully neglected. (It's hard to credit all of this to No-Spend March (NSM) since she finally got onto a bit of a sleep/wake schedule this week as well, but it definitely was a factor.)
-I found the needed next-winter boots for Joshua, James, and Annika at 75% off. I went in for boots and didn't even look at the other racks, even though there were huge "final clearance" signs around. For me, that's progress!
-We went out as a family on Friday night. We made the monthly character-building variety show our church puts on for the first time and our kids had a blast! Quality entertainment for FREE!
-Saturday night James and I had a game-night with some friends while our kiddos played. Again, fun, quality time with people for no cost.
-We brought the kids on board as coaches. The first few trips into the stores (or past McDonalds in Lydia's case) brought pleas for desired, but definitely unneeded, items. So we explained how we were trying to focus on spending time together, but not spending money on items we already had or didn't need and asked the kids to remind us if they saw us looking at something we didn't need. Though saving money isn't the primary focus, we decided a bit of reward might be in place for the kids, so we promised them 1% of whatever we DON'T spend this month. Joshua is VERY focused on keeping spending down now...and they've stopped whining for extras.
-I went into Target to purchase a needed item and left with NOTHING else. Yep, just what was on my list...that never happens!
-I did use Craigslist this week, but only as a seller. Yay for switching unused items for ca$h! :)
The Lowlights:
-While purchasing needed boots for the aforementioned family members I fell "off the wagon" for the first time. I saw very cute, very cheap, but not strictly needed boots for Lydia for next winter as well. And I purchased them. Oops, first time, but probably not the last.
-I received an extra 30% off coupon in the mail from Kohl's this week. And there are great clearance sales going on in there this week. That may be my biggest challenge: a bargain hunter's paradise. Must. Not. Look.
-James' company's anniversary party is the 19th. It's free, check. We're swapping with friends for sitting, check. But, the theme is Red-Carpet Extravaganza, red-carpet attire is encouraged. I don't have any gala-wear. It's my one excuse per year to go all out and purchase something fancy. I'm not sure what to do. Any thoughts? For the sake of discipline, I want to stick to the no-spend rules, but I also really want something fun to wear. Anyone want to let me shop in your closet for the night??? :)
The Cuties:
I know at least part of my "readership" comes to this site only to see cute pictures of my little people. Here are a few of my favorites from the week: 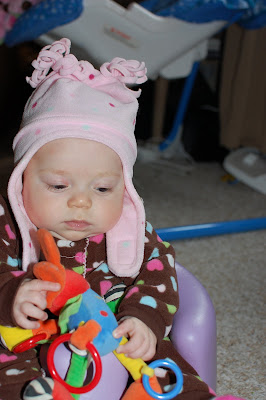 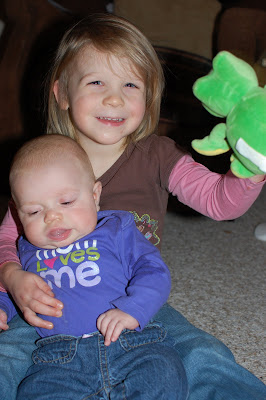 But, not quite as much as Lydia would like... 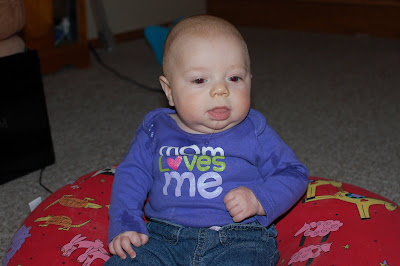 Working hard on sitting up 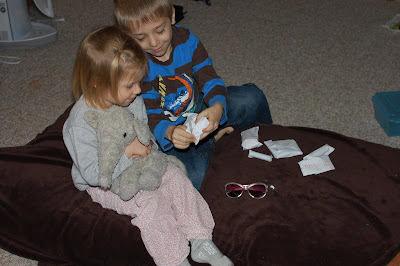 These two are too cute: hosting a birthday party for Ellie on a couch-boat 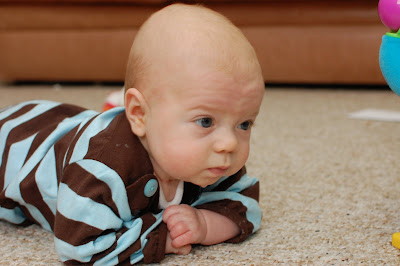